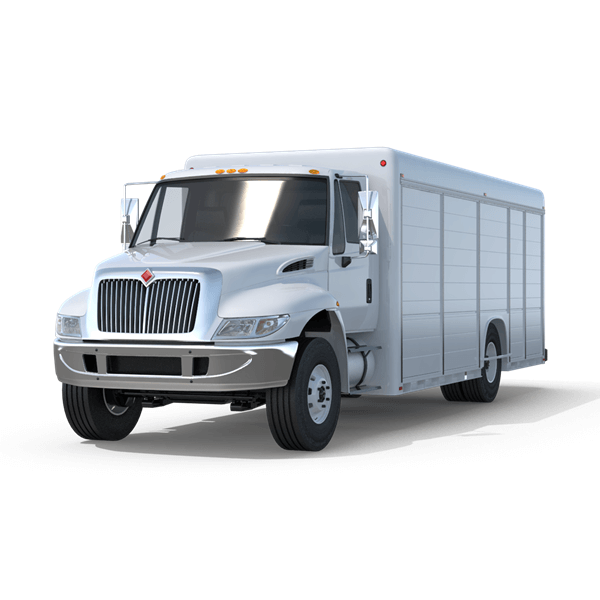 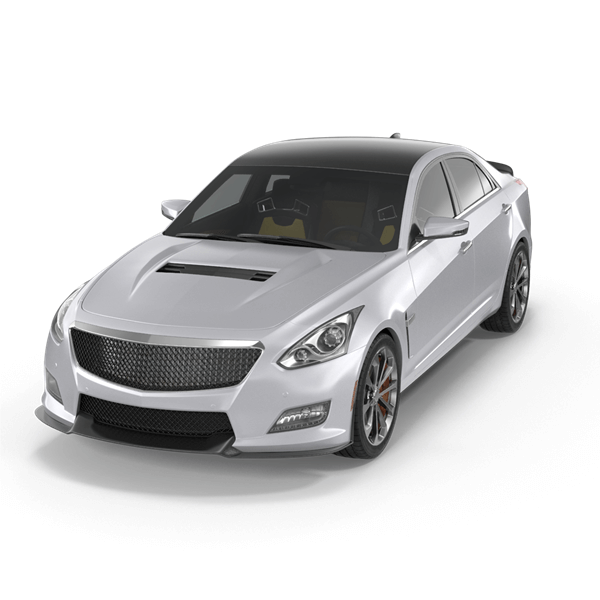 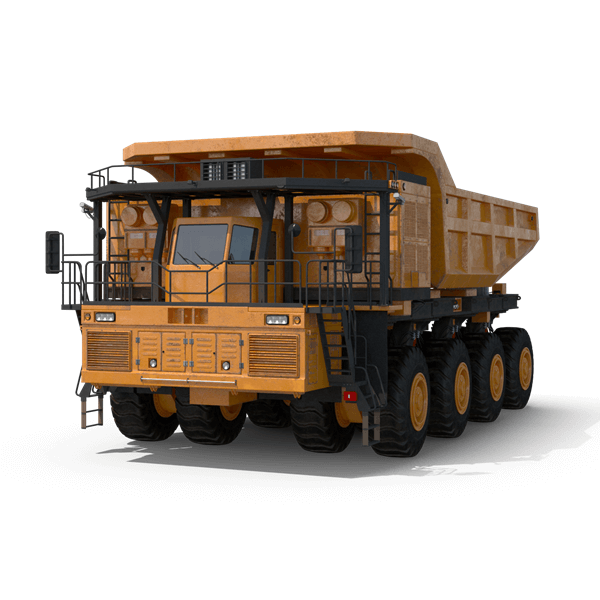 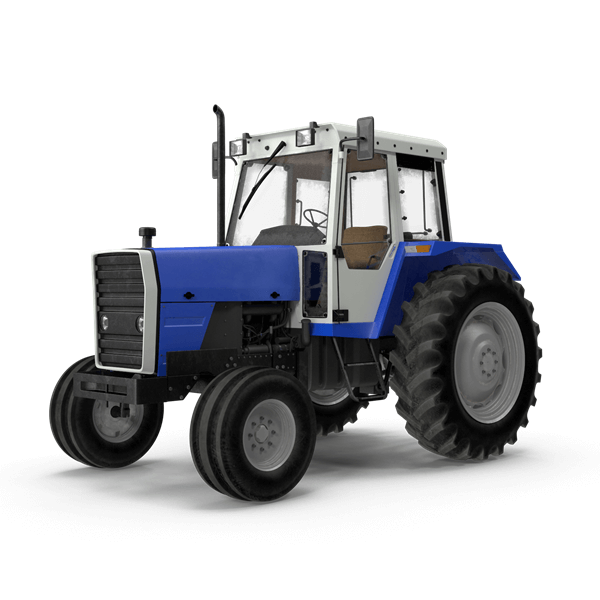 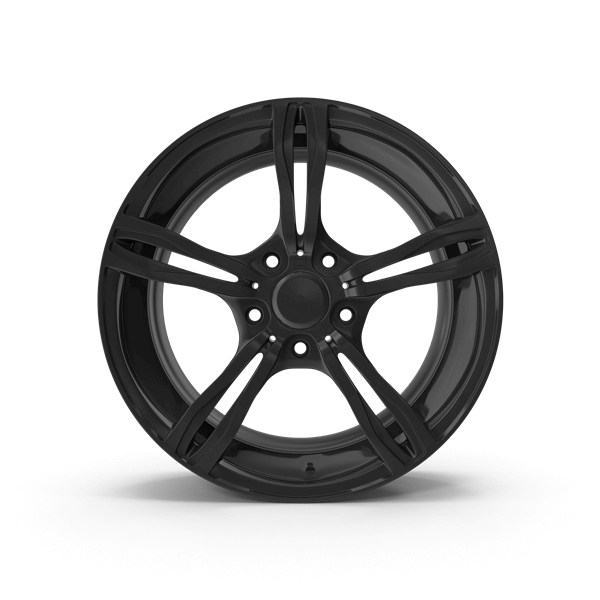 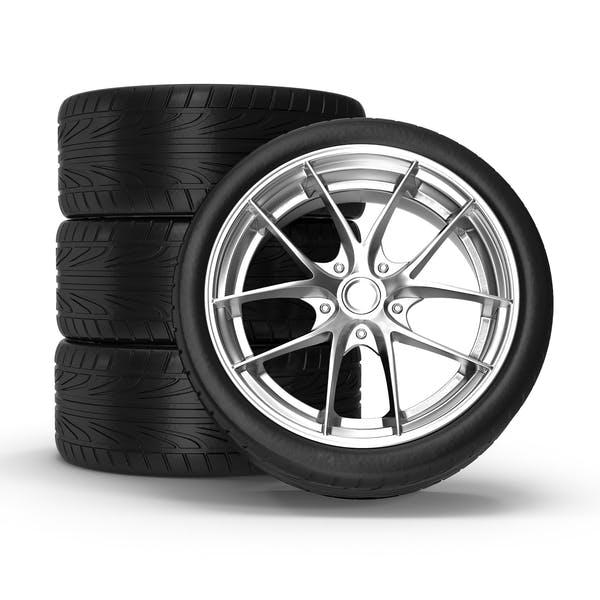 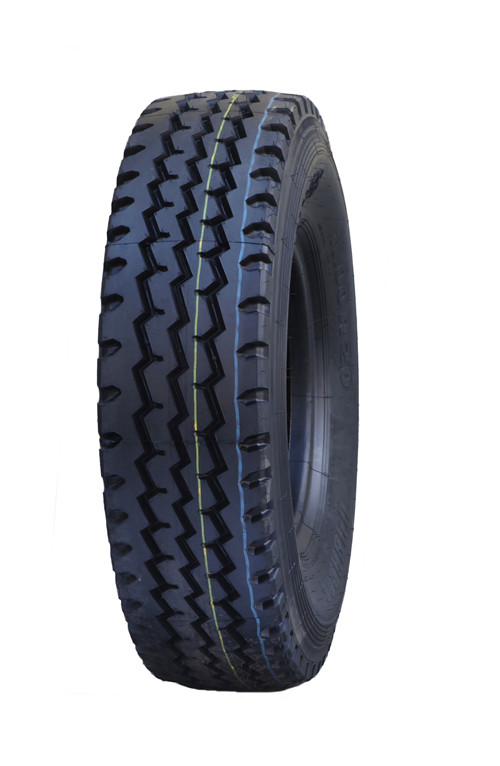 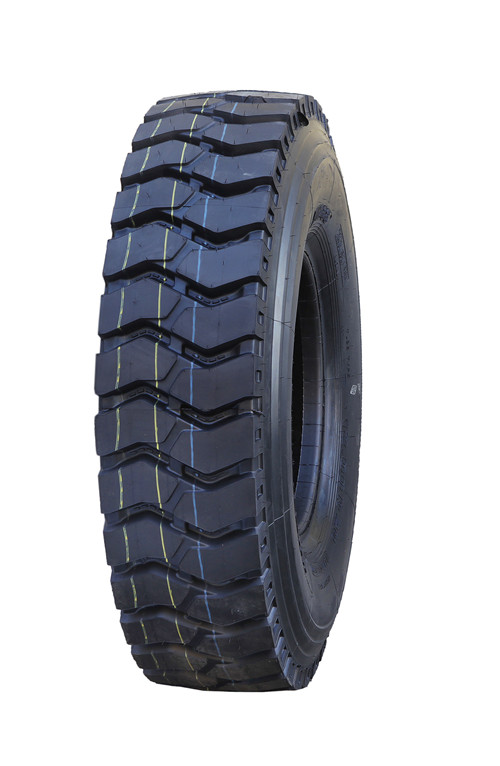 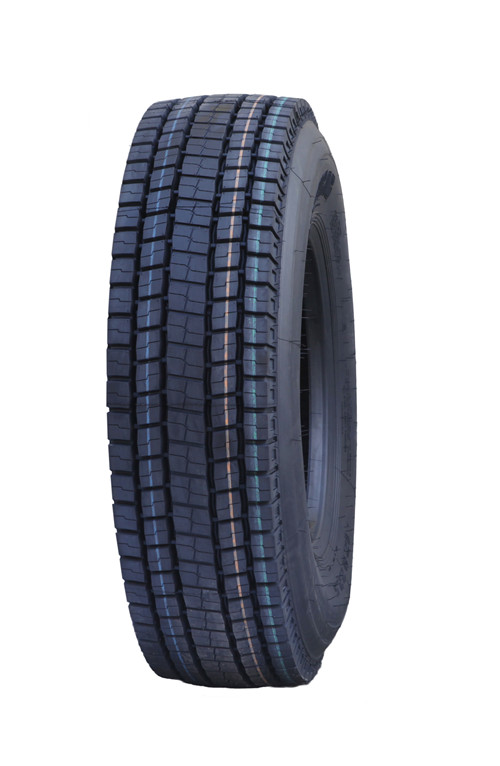 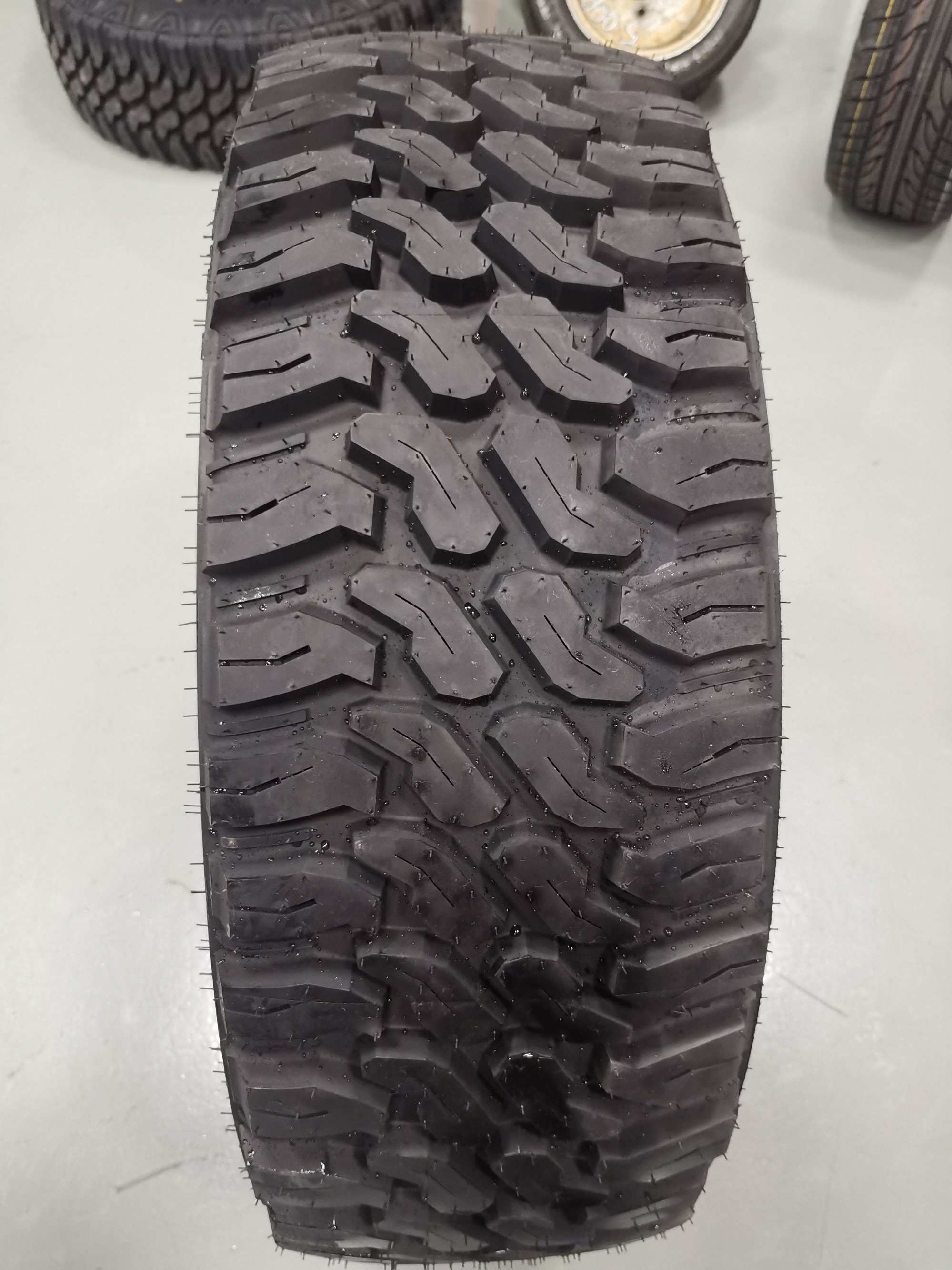 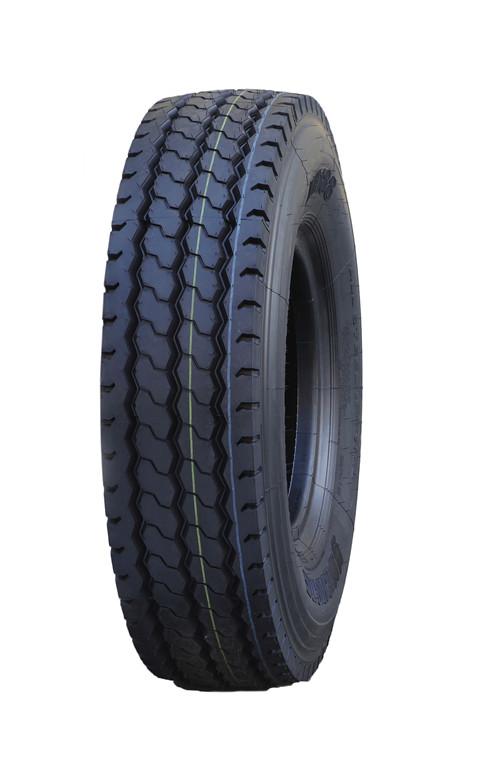 MAXWIND JX698 Truck tires for 11.00R20
View More
WINTER TYRE
Snow tires—also called winter tires—are tires designed for use on snow and ice. Snow tires have a tread design with larger gaps than those on summer tires, increasing traction on snow and ice. Such tires that have passed a specific winter traction performance test are entitled to display a "Three-Peak Mountain Snow Flake" symbol on their sidewalls. Tires designed for winter conditions are optimized to drive at temperatures below 7 °C (45 °F). Some snow tires have metal or ceramic studs that protrude from the tire to increase traction on hard-packed snow or ice. Studs abrade dry pavement, causing dust and creating wear in the wheel path. Regulations that require the use of snow tires or permit the use of studs vary by country in Asia and Europe, and by state or province in North America.
Related to snow tires are those with an M+S rating, which denotes an "all-season" capability—quieter on clear roads, but less capable on snow or ice than a winter tire. 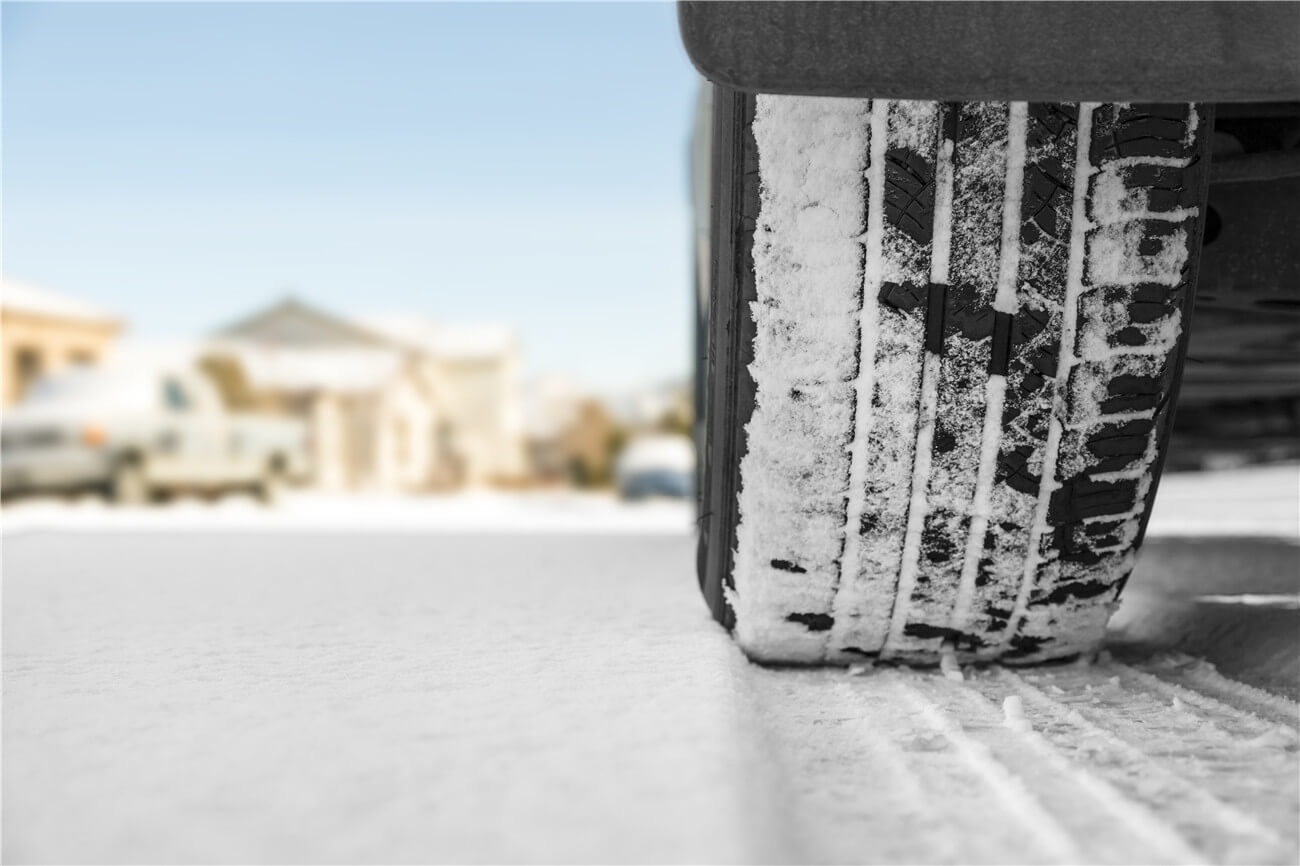 Tread：
Attributes that can distinguish snow tires from "all-season" and summer tires include: Wet-film conditions on hard-compacted snow or ice require studs or chains. 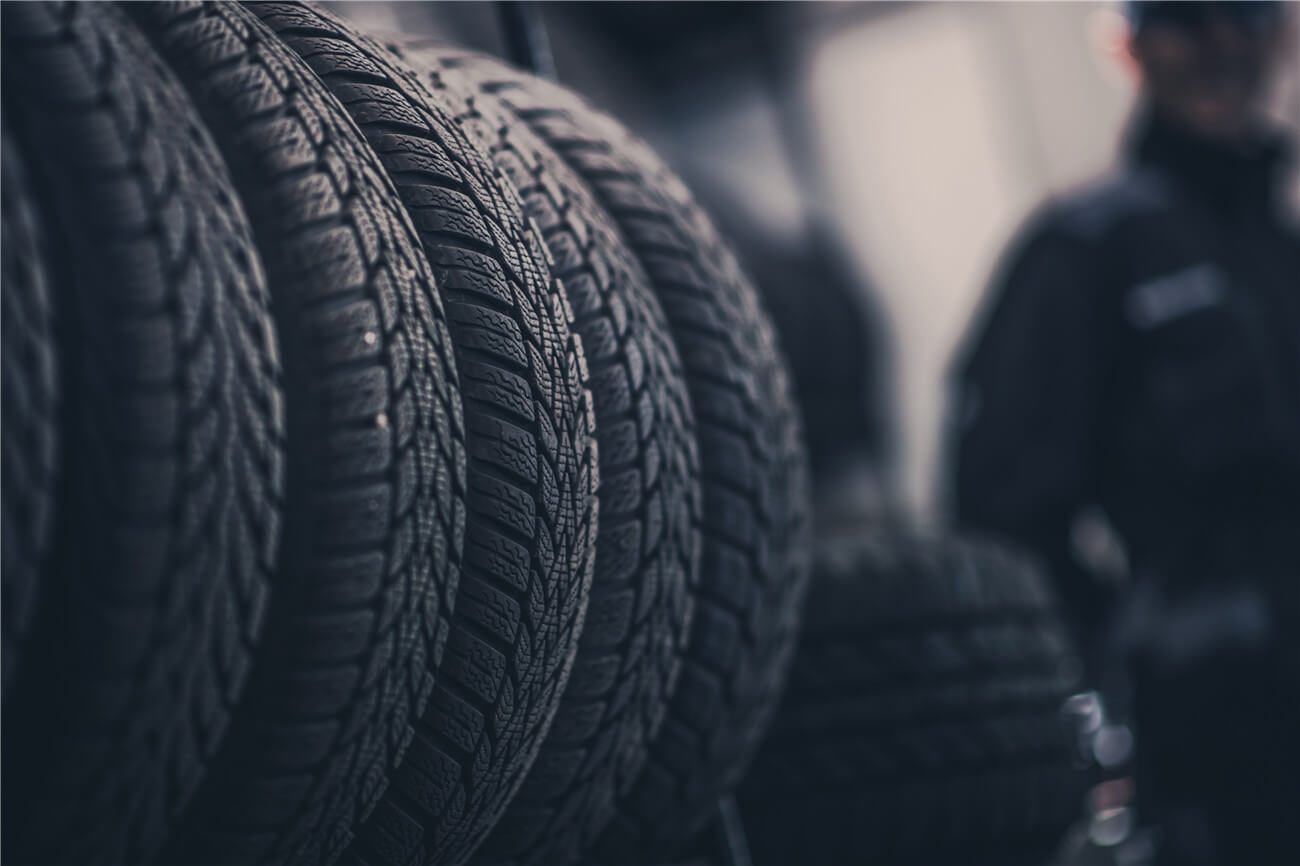 Many jurisdictions in Asia, Europe, and North America seasonally allow snow tires with metal or ceramic studs to improve grip on packed snow or ice. Such tires are prohibited in other jurisdictions or during warmer months because of the damage they may cause to road surfaces. The metal studs are fabricated by encapsulating a hard pin in a softer material base, sometimes called the jacket. The pin is often made of tungsten carbide, a very hard high performance ceramic. The softer base is the part that anchors the stud in the rubber of the tire. As the tire wears with use, the softer base wears so that its surface is at about the same level as the rubber, whereas the hard pin wears so that it continues to protrude from the tire. The pin should protrude at least 1 millimetre (0.04 in) for the tire to function properly. Snow tires do not eliminate skidding on ice and snow, but they greatly reduce risks.
Studdable tires are manufactured with molded holes on the rubber tire tread. Usually, there are 80 to 100 molded holes per tire for stud insertion. The insertion is done by using a special tool that spreads the rubber hole so that a stud jacket can be inserted and the flange at the bottom of the jacket can be fitted nicely to the bottom of the hole. The metal studs come in specific heights to match the depths of the holes molded into the tire tread based on the tread depths. For this reason, stud metals can only be inserted when the tires have not been driven on. A proper stud insertion results in the metal jacket that is flush with the surface of the tire tread having only the pin part that protrudes.
When studs come into contact with pavements they abrade the asphalt or concrete surface. This can result in creating polluting dust and wear in the wheel path that prevents proper drainage. For this reason, studded tires are banned, at least seasonally, in many jurisdictions.

How to Choose Proper Tires for Winter Driving

Understand the Ratings
3PMSF: Tire makers apply the Alpine symbol – also known as the three-peak-mountain with snowflake (3PMSF) – to any tire that passes performance requirements on snow. This is known as the snow grip index, or SG. In the past, only dedicated winter tires bore this symbol, but some all-season tires carry the marking

today, which can make shopping for winter tires confusing.
M+S: The M+S symbol displayed on an all-season tire indicates it will perform well in moderate winter conditions. M+S means mud and snow.
All-season tires marked with M+S, or the three-peak mountain snowflake symbol and M+S, are designed with enough grip to handle modest amounts of snow and ice. All season-tires with these markings will perform better than those without markings, but no all-season tire performs as well as a true winter tire.


The Anatomy of a Winter Tire

Performance winter tires are built differently than all-season tires. They’re made from a flexible, hydrophilic rubber compound that provides more traction on snow and ice.
The tread design is also different from the lateral grooves identifiable on most all-season tires. Winter tires boast sharp, irregular tread blocks and larger grooves between lugs to help the tire cut through and displace snow, creating closer contact with the road.
True winter tires are siped, meaning they have numerous slits in the lugs that provide added grip. These anatomical differences make winter tires more aggressive than all-season models branded for mud and snow.
In general, there are three different categories of true winter tires: performance, studded and studdable.

Studs are lightweight metal pins embedded into the tread of winter tires. Like snow chains, they dig into compact
snow and ice, improving traction. They have drawbacks: They’re noisy and have the potential to damage pavement.
For this reason, states have varying regulations on what time of year studs are allowed on public roadways, if at all. The U.S. Tire Manufacturers Association published a list of studded tire regulations as of November 2018 for passenger cars, but recommends double-checking with your state or local Department of Transportation.
While studded tires perform best in extreme conditions, extra tread depth is needed to accommodate studs, which limits studded tire size options.
Studless tires have more advanced winter tread compounds, which means they’ll outperform studded models in all but the slickest conditions. Studless tires handle best in slush and packed snow.
If you’re unsure whether you’ll need studs, consider investing in studdable tires, which feature performance tread but can accommodate the addition of studs if desired. 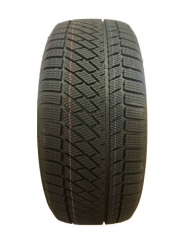 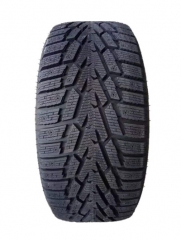 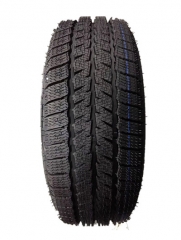 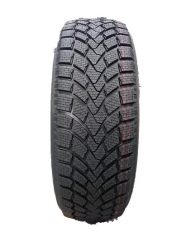